From Vaccinations to Nutrition, Same Rule Applies – Rely on Science

If you’re like me, once in while you read an article or hear a report that resonates with your thinking and hits the nail on the head.

On Sunday morning (2/8/15) I did just that. The article, “Revoke the License of Any Doctor Who Opposes Vaccination", by Arthur L. Caplan, PhD, the director of the Division of Medical Ethics at NYU Langone Medical Center’s Department of Population Health was in The Washington Post’s Outlook section. The article focused on the current media frenzy about vaccinations, specifically the measles vaccination. But several of Caplan’s points resonated with me on a broader level and have relevance to the debates about science and research in my profession, the field of nutrition and specifically, diabetes nutrition management.

From my observations, especially since the dawning of the Internet age, the only three criteria self-proclaimed nutrition experts seem to need to pontificate is: 1) they eat (like we all do), 2) have a book and/or pet theory to promote (giving them a platform), and 3) access to the media.

These choice phrases from Caplan’s article particularly resonated with me, how about you?

“Thankfully, only a few physicians in America have embraced fear-mongering in the middle of this dangerous and costly measles epidemic. They deserve a place 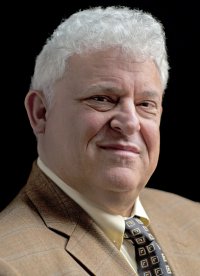 of honor next to climate-change skeptics, anti-fluoridation kooks and Holocaust deniers. They doubt the facts, ignore established evidence and concoct their own pet theories. They shouldn’t be allowed near patients, let alone TV cameras. But because their suggestions are so surprising and controversial, they often find themselves on cable news shows and in news reports about the “anti-vaxx” crowd. Their power, therefore, is radically disproportionate to their numbers.”

“I have testified in many court and licensing hearings about physicians who abjure the standard of care for their own pet theories. Many of them are now ex-doctors.”

“The CDC maintains the database that Sears, the anti-vaxx pediatrician who favors alternative medicine, used to generate his irresponsibly scary figures, and it includes a clear warning that there is no evidence that the reported adverse events are actually related to vaccines. They are simply things that happened around the time vaccines were administered. Correlation does not show causality. Otherwise we might attribute the rise in autism to the increased consumption of organic food…”

Thanks Dr. Caplan for an extremely well-written article which in my mind applies well beyond the topic of vaccinations and more broadly to those who claim to be experts and promote their evidence-lacking theories to the media that always seems eager to polarize issues in search of readership and rankings.